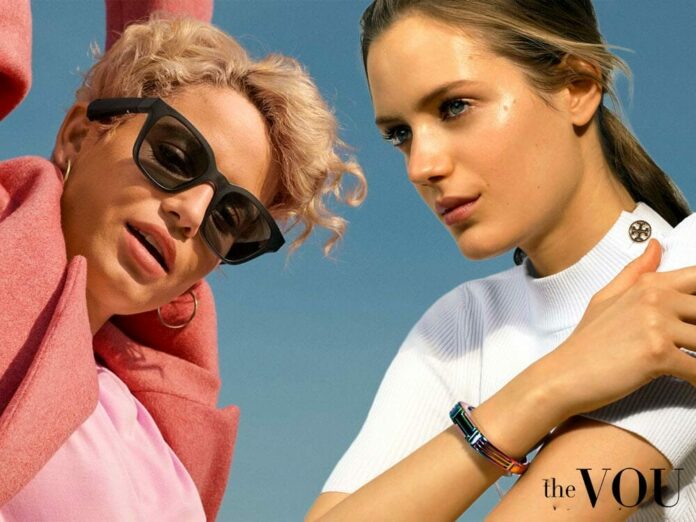 Here are the best wearable tech gadgets I’ve tried and reviewed over the last 6 years.

In this article, I rediscover some of my favorite wearable tech gadgets, from 2014 until now.

Without further ado, I invite you on a memory lane journey to re-discover 10 wearable tech gadgets that are still turning heads in 2021. 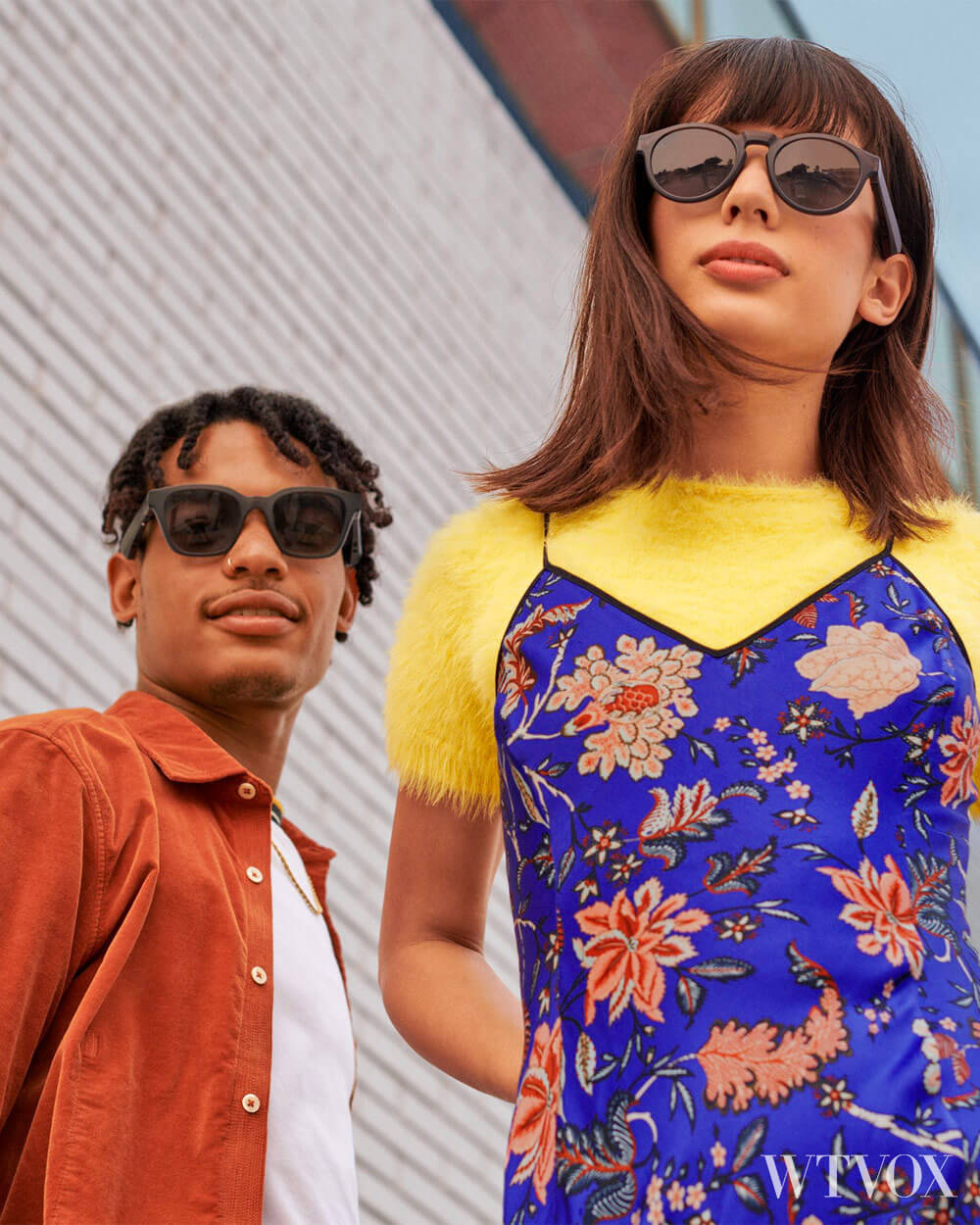 Now, Bose Frames Alto is not just your average pair of sunglasses. With these practical sunglasses, you can look stylish and play music as well.

From all the wearable tech gadgets I have, Bose Frame Alto smart glasses with embedded speakers are my favs.

These are AUDIO sunglasses infused with wearable technology.

The device has embedded miniature speakers that are directing sound towards you and away from everyone else.

It works by creating a sort of ‘bubble of sound’ that only you’ll be able to hear.

Also, because there’s nothing covering your ears, you’ll be (or appear to be) more engaged in the world around you.

The frames are of great quality, designed for everyday wear.

Also, Bose allows you to choose from a wide varity of frames, matched with the latest eyewear trends.

Scratch-resistant, with durable metal hinges, the frames can handle the odd splash of water too.

The lenses are excellent as well, able to block UVA/UBA rays.

Finally, to unlock all features this wearable tech gadget has to offer, you have to connect ut with the Bose Connect app.

The app allows you to customize your settings; there’s no need to reach for your phone when listening – one button does it all.

You can control your music, pick up calls, and trigger your voice assistant, all with a simple tap. 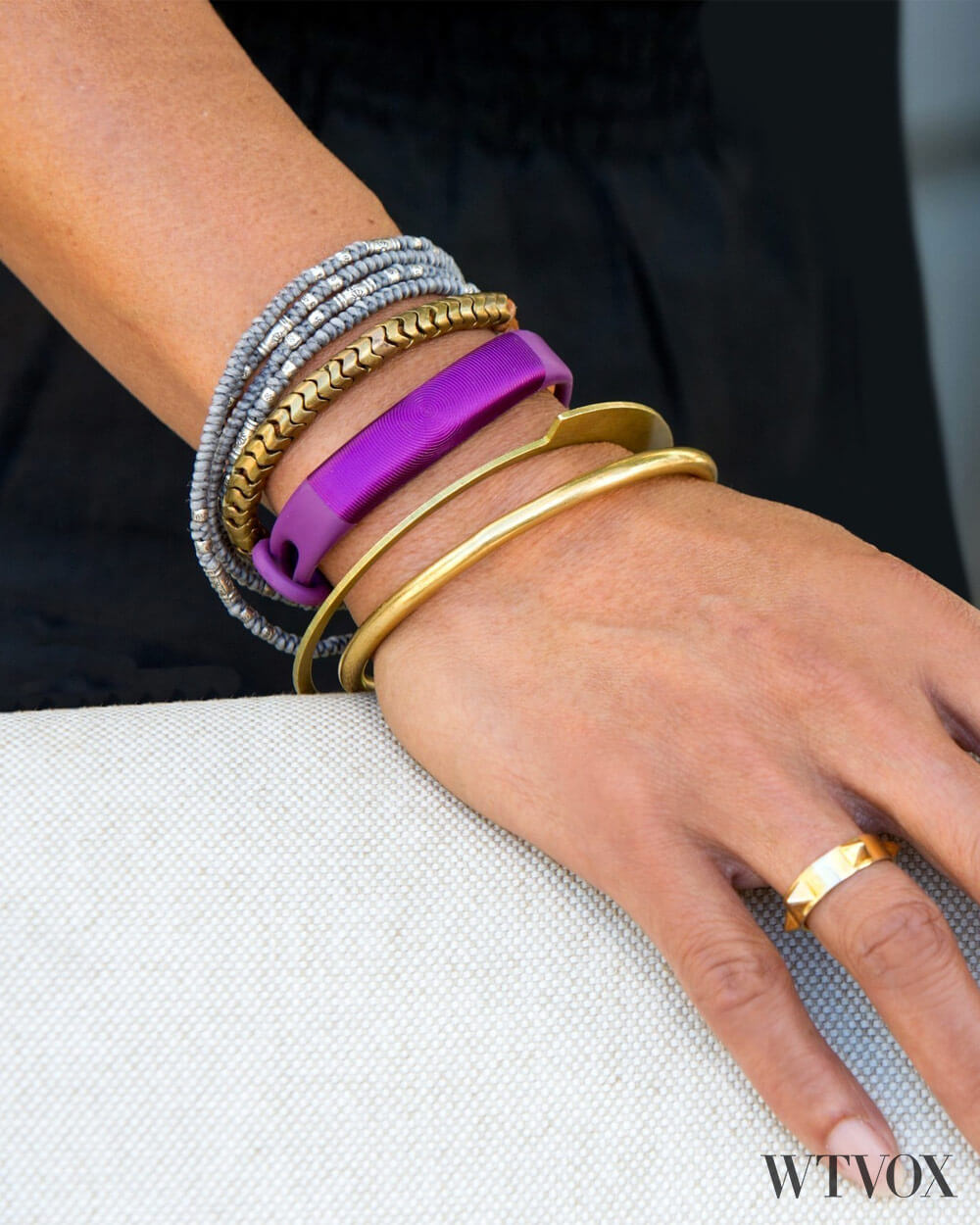 When it comes to simplicity, efficiency, and the look that it gives, Jawbone remains my favorite smart bracelet.

When launched, Jawbone Up was at the apex of fitness trackers.

Alongside the Nike+ FuelBand range, and Fitbit Flex, Jawbone Up heralded the start of the smart fitness era.

Jawbone Up revolutionized the quantification and visualization of movement and rest.

It provided insightful and accessible reporting that helped people move and check their goals.

It was without wires, untethered, stylish and comfortable.

But, while hardware companies and the public demanded improved wearable tech gadgets, Jawbone failed to deliver.

The company ceased production in 2016 and sold its remaining inventory to a third-party reseller.

As of the summer of 2018, the future functionality of the app and support of existing devices is uncertain.

But, Jawbone’s design is still more appealing than many modern-day trackers.

And yes, these new wearable tech gadgets are offering a boggling array of technology. 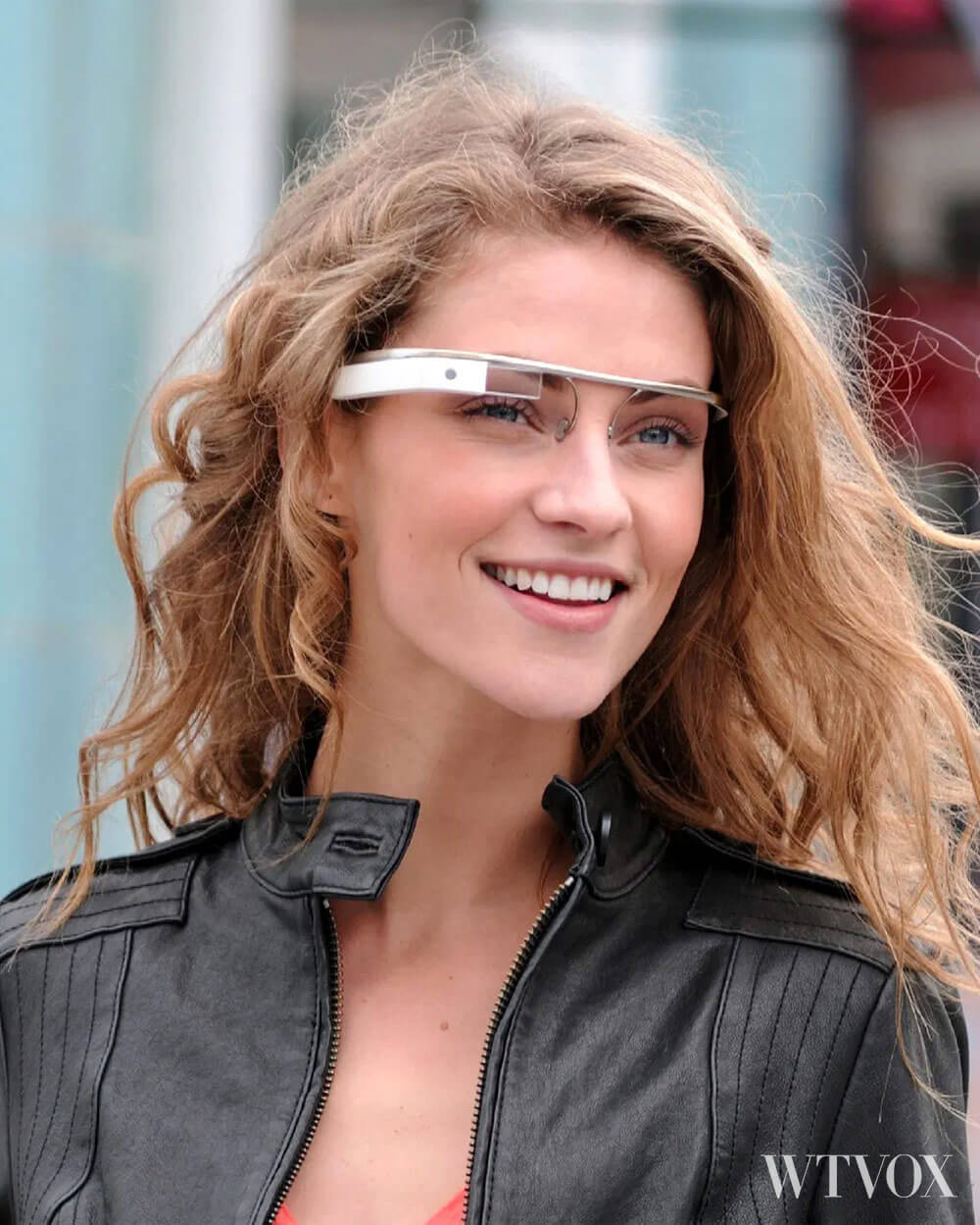 When launched, the device was rejected as ugly, intrusive, and even dangerous at times. But now, with the advent of augmented reality and voice bots, Google Glass will make a beautiful return.

Google Glass remains the most talked-about wearable tech gadget in the world.

While the look was a complete failure, the device was a perfect example of wearable innovation and smart technology.

Google Glass was able to display visual information in a smartphone-like (but hands-free) format.

The wearers were able to browse on the Internet via natural language voice commands.

It had a small LCD screen in front of your eyes and was controlled by both voice and touch – on the frame.

The device allowed you to make calls, surf the Internet, record and share what you see.

Before implantables take off, wearing Google Glass will give you (safely) insight into all the world’s knowledge. 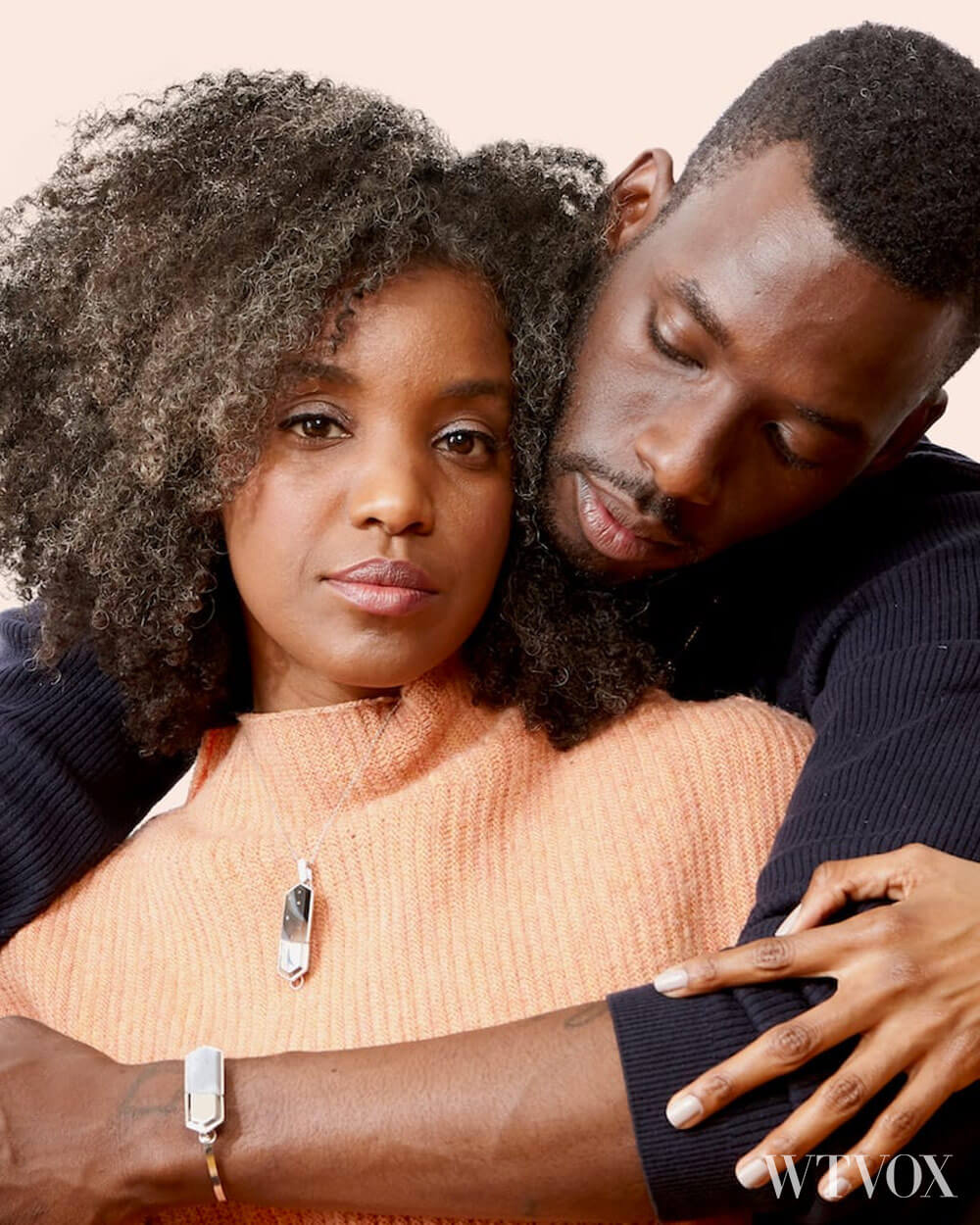 Specially during the pandemic, Talsam makes you feel connected like in the old, good days.

Talsam was the first smart jewelry I’ve gifted to my loved one.

It came in the form of a necklace and bracelet combo.

It provided both, extra stylish looks and safety to my partner, and we both loved it much.

The smart jewelry can be charged with ease thanks to a USB-C connector hidden inside the luxurious casing.

Talsam connects with your smartphone via a Bluetooth chipset.

The device lets you send and receive ’emotional expressions’ via a special app installed on your smartphone.

The pendant or bracelet informs you each time an animated emoji has arrived, by lighting up according to the emotion received.

Me and my partner we’ve used Talsam several times, whenever we are a world apart.

This COVID-19 caught us, me in London, her in New York.

Once again, we’ve got the Talsam’s out and used it to feel connected like in the old, good days. 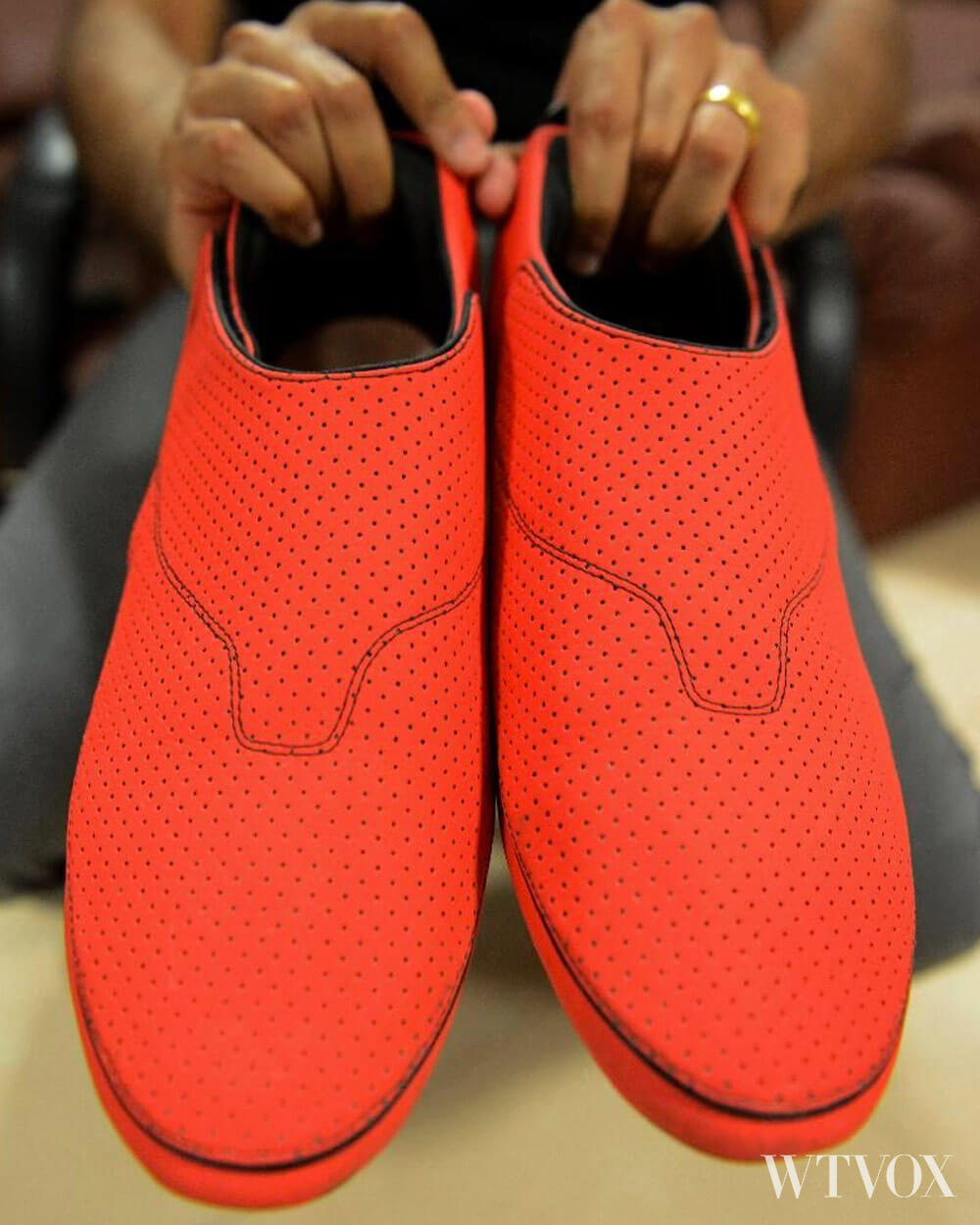 Walking or jogging in unknown territories and don’t want your eyes glued to the smartphone’s screen? Lechal smart shoes are for you!

Google maps offer the best support to die-heart trekkers like me.

But, I hate having to walk unknown territory with my eyes glued to the smartphone’s screen.

That’s why, when I’ve received this pair of Bluetooth-connected smart shoes I was in awe.

Called Lechal, it means “take me along” in Hindi, these shoes use haptic feedback.

The shoes connect to an app on your phone to get the GPS location.

It then, instructs me to which side to turn by sending a mild vibration to the right or the left shoe.

The app also functions as a fitness tracker and lets you check your metrics with ease. 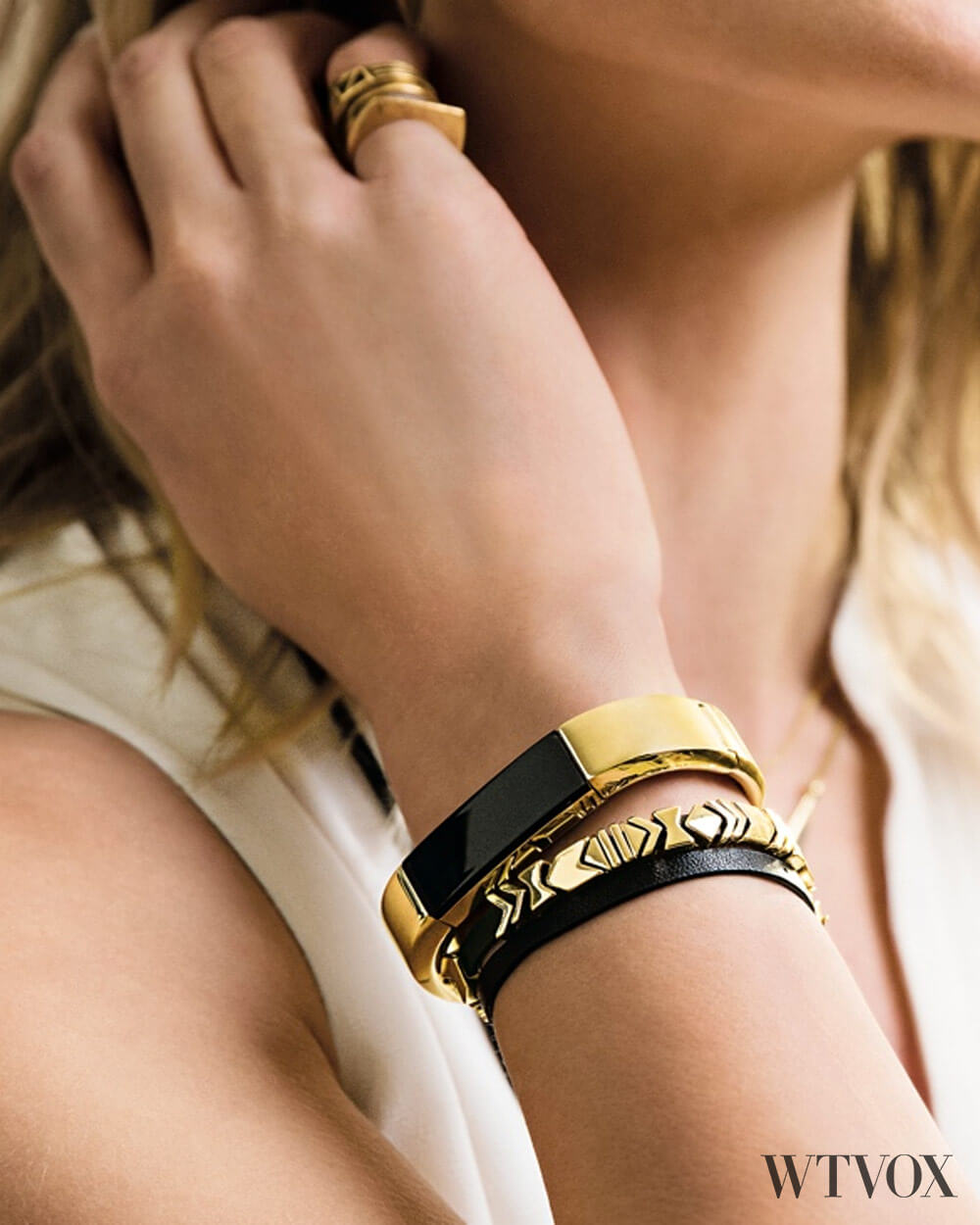 Walking or jogging in unknown territories and don’t want your eyes glued to the smartphone’s screen? Lechal smart shoes are for you!

Similar to the Double-Wrap bracelet, this was the result of an exclusive collaboration between Tory Burch and Fitbit.

The bracelet allowed you to transform your Fitbit Flex 2 tracker into a super-chic accessory.

The smooth metallic casing is lightweight and versatile.

A polished style for work or weekend, day or evening, to and from the gym.

We both, me and my partner use this bracelet now, not to track our steps and calories but as a luxurious, eye-catching accessory.

I get people asking all the time where can they buy ‘that designer bracelet’, which is a good sign.

Although these luxury smart shoes never made the cut, they carved the way for the future generation of fashion wearables.

Right after LVMH launched its ‘canvas of the future’ line, everybody was talking about customizable digital fashion apparel.

However, long before there was ‘Volvorii Timeless Shoes.’

Not quite a wearable tech gadget but worth mentioning here for the future I feel it has.

Promoted as “the world’s most elegant evolution in fashion tech”, these MIT-inspired shoes never made the cut.

The team behind this idea launched an Indigo campaign that has never reached completion.

Unfortunately, the project was abandoned.

Yet,we have managed to get our hands on one of the prototypes that, ended up in my house.

I’ve just checked the ultra-hi-tech electronic ink stiletto and it is still working.

It changes colour and patterns via a dedicated smartphone app.

Moreover, it provides endless possibilities to match with any outfit and style you want.

My partner loves them a lot and is eager to wear them asap.

She’s only waiting for LVMH to gain more traction towards the digital fashion creations to start wearing them again. 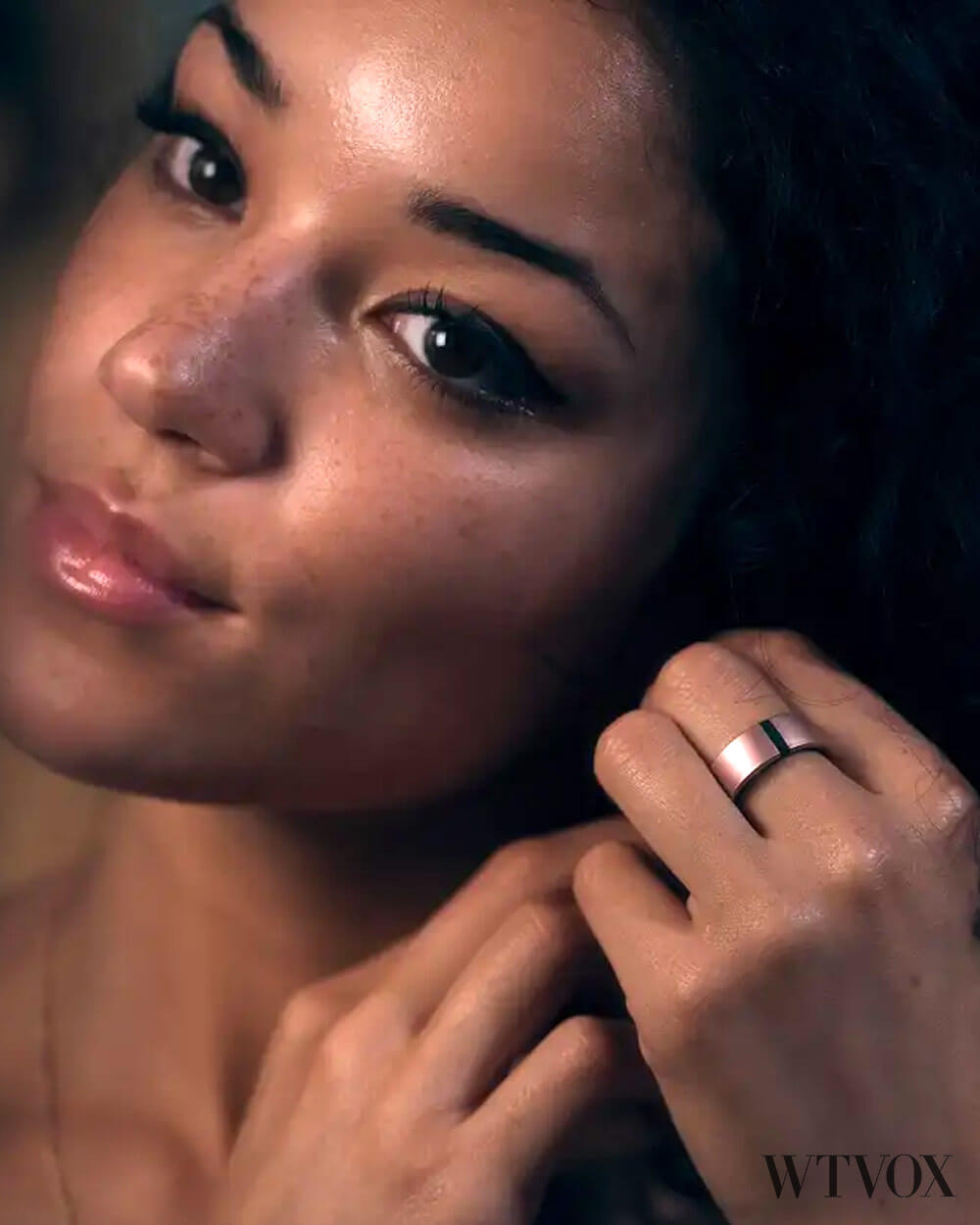 It tracks the heart rate, sleep and fitness activity in a waterproof, titanium form factor, so you can ditch your smartphone on any of your outdoor acivities!

The Motiv Ring is another wearable tech gadget that I like and use a lot.

Launched before the very popular Oura ring, this smart ring has helped me in so many ways.

It tracks the heart rate, sleep and fitness activity in a waterproof, titanium form factor.

Thanks to the ring’s three-day battery life and on-board memory, I can ditch my smartphone when I go fishing or snowboarding with friends.

When I am back home, the device sync all activity with the ring’s app.

I’ve tried Oura before and there’s no comparison.

I find Oura packed with too much (unreliable) data, that I find useless without recommendations.

On the other hand, the Motiv ring keeps providing me with excellent metrics and maximum comfort, 24 hours a day, seven days a week. 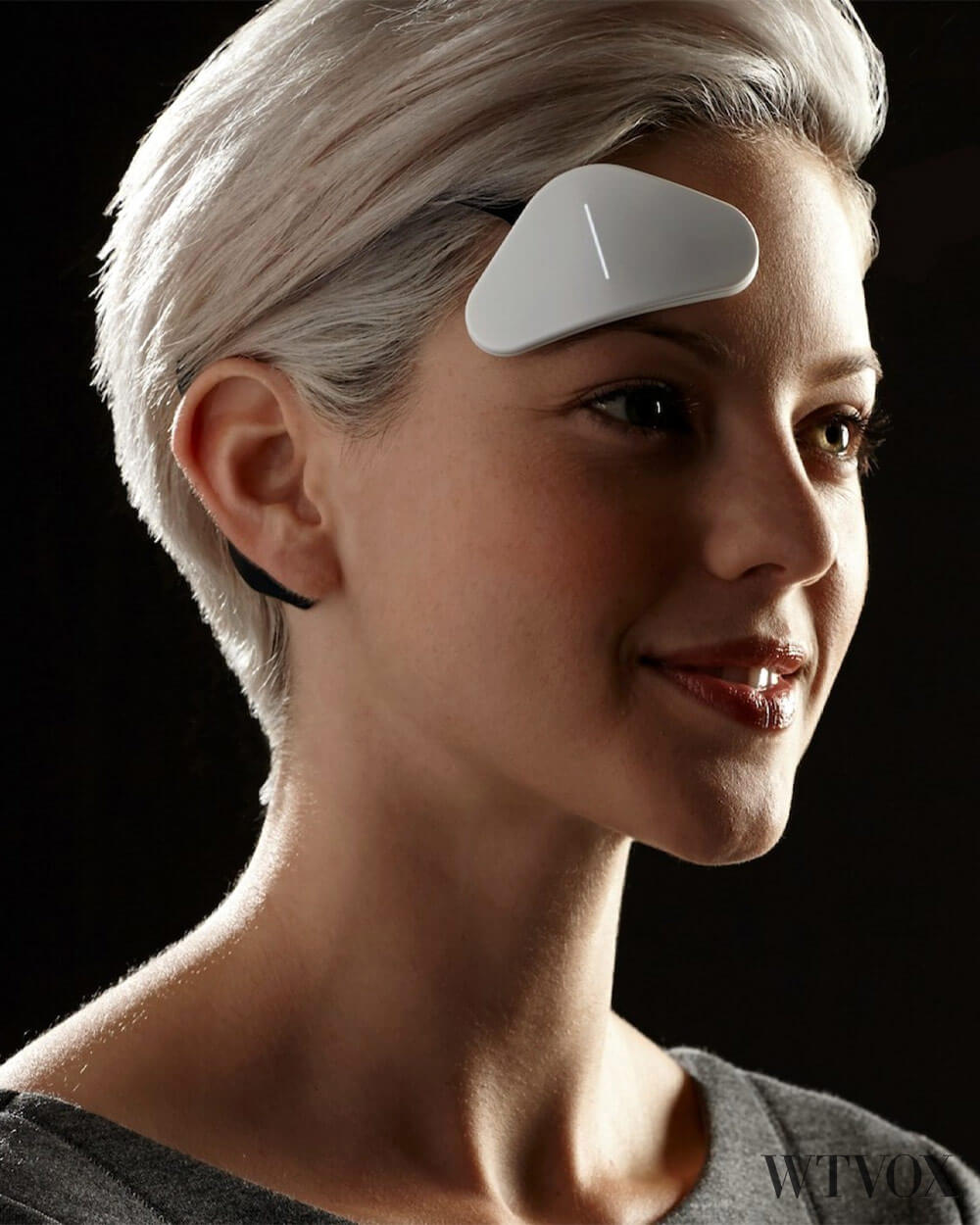 For those of you who meditate, Thync is one of the best wearable tech gadgets for synchronising your brain.

Now, I don’t know about you but I meditate a lot.

I’ve picked this habit from our CEO years ago and decided to use wearable tech gadgets to improve on it.

Thync is one of the best devices for synchronising my brain before I start to meditate.

The device emits vibrations that can be felt in the bones of my head.

The vibrations are in fact electronic or ultrasonic waveforms that signal neural pathways in the brain.

When these specific pathways are stimulated, a shift in my state of mind and energy level is triggered.

Another wearable tech gadget that I used for meditation is the Muse headband.

However, while Muse is designed to track my brain activity, I use Thync as a booster (to one side or another of my head) to get in the right zone and achieve a meditative state. 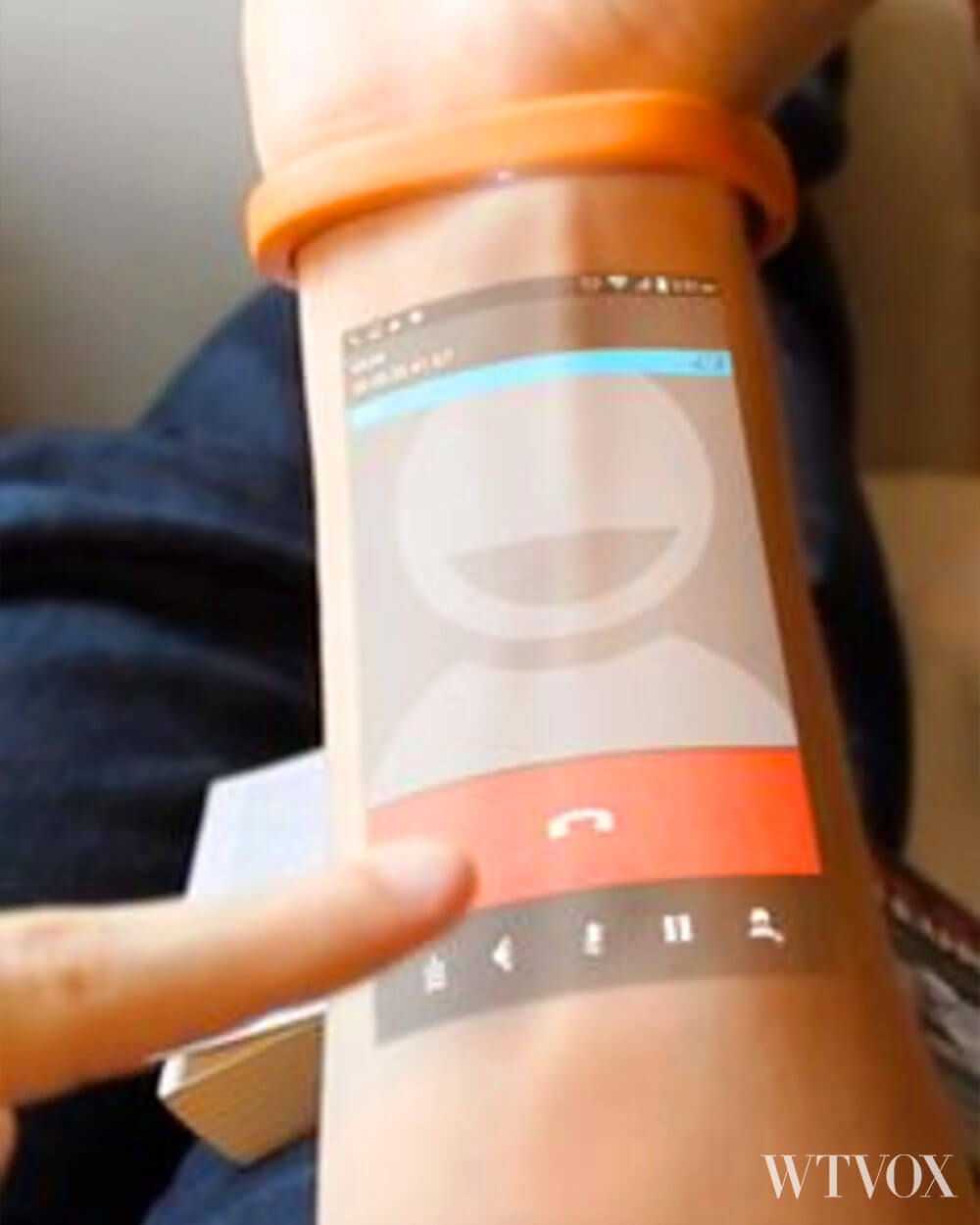 Cicret was one of the most controversial wearables tech gadgets of 2015.

For once, just like with the digital ink shoes, the project never materialized.

But, being a tech journalist comes with massive advantages, such as access to prototypes before the mass market.

The Cicret bracelet has a small Pico projector that projects a screen on my forearm.

Now, there are all sorts of projectors that can do that.

However, this screen is interactive not just for display.

For example, I can use the image just like a touch screen.

It does not eliminate the need for a smartphone and I would have loved to see where they take the project, sadly it is abandoned now.

These are my top 10 wearable tech gadgets that I still love and wear.

These gadgets have helped me leverage my body in many more efficient and creative ways.

Moreover, these wearables are still turning heads and people are asking where I got them from.

Now, you might call me old-fashioned and say that some of these devices have better alternatives out there.

That’s ok.  Just remember that this is a top 10 about wearable tech gadgets that still turn heads in 2020.

I’d love to hear your take on my top 10 wearable tech devices and see if I’ve left anything out.

What is your favorite smart ring right now?

What about headbands for meditation, what would you recommend?

Finally, what’s your take on LVMH’s canvas of the future project?

Please leave your thought and comments below!

Cottagecore EXPLAINED – What It Is, How It Started, Why Is So POPULAR

29 Most Popular Japanese Fashion Trends of 2021 in Harajuku